Over the last decade, Liverpool’s evolution has been remarkable – and as the city continues to regenerate, the best is yet to come. Particularly if you’re planning to invest in Liverpool.

A major port city, Liverpool is steeped in history which resonates in its grand architecture, like the majestic, UNESCO listed waterfront. And its economical growth has been phenomenal! Between 1998 and 2016 alone, the economy of Liverpool more than doubled – growing at a rate matched only by London.

Liverpool is a city that’s still in the early stages of a population growth curve too, experiencing a huge 5.5% population growth over the last decade. The city is home to over 1.5 million people, 900,000 of which are between the ages of 16 and 60, and a fifth of that total are in their 20s.

Regeneration has been central to Liverpool’s recent successes. Projects like the £1 billion regeneration of the city centre, the Liverpool ONE shopping centre and the £87 million redevelopment of the Baltic Triangle have all played an important part.

Another reason for the success is the fact that Liverpool is an upwardly mobile city. The city is incredibly well connected and its rail networks connect the city to almost anywhere in the UK. Liverpool John Lennon airport is also of significant importance as a whopping 5.3 million passengers pass through here each year.

For investors, yields in the city are strong – as with much of the north, house prices are significantly lower than in the south. Though the city centre has undergone extensive regeneration, prices in many areas haven’t recovered past their 2008 prices – meaning you can buy at a lower price than you could have done over a decade ago.

But Liverpool’s popularity is growing – and this is something property investors are quickly taking notice of. In 2018 alone, Liverpool saw its average house prices rise by 5.9% – that’s above the UK average of 4.3%, and we can see this trend continuing.

The architecture of Liverpool tells the story of the city – a port of worldwide importance, a twentieth century that saw economic decline, and now a renaissance as a world-class cultural capital. The city houses a uniquely high rate of listed buildings – over 2,500 of them, with 27 of those being Grade I.

Being named the 2008 European Capital of Culture was a major catalyst for the city’s revival, and the legacy of 2008 is apparent in the city’s cultural infrastructure, tourism facilities and in popular venues such as the M&S Bank Arena.

With the city on the rise, Liverpool is increasingly retaining and attracting young people. The city’s rejuvenated nightlife as well as the success of the popular, alternative Baltic Triangle have all contributed to a hive of activity in these trendy little pockets. 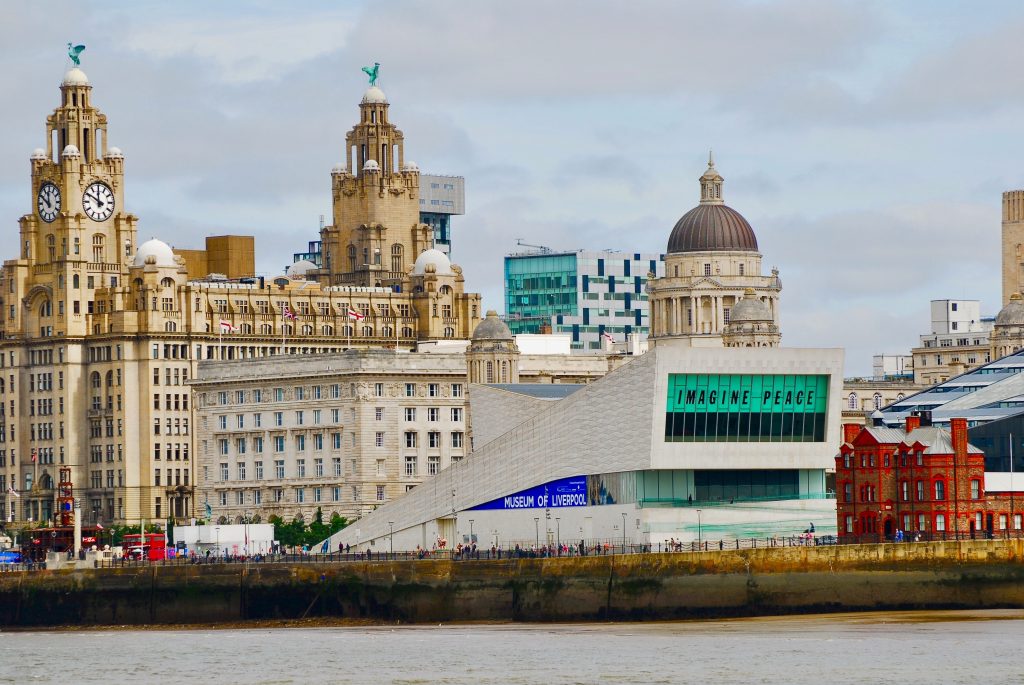 Liverpool is benefiting from a vast influx of both private and public investment – undergoing a £14bn overhaul led by the city council that continues the confident regeneration of the city since the Millennium. 10,000 new homes are in the pipeline, as is a new stadium for Everton Football Club, an additional cruise terminal and £250m of road infrastructure investment.

Average house prices in the city are £145,349 – and prices are growing at a faster rate than the national average. With economic growth, population growth and plenty of investment, Liverpool has all of the positive factors which look set to produce strong continued house price rises in the city. The Northern Powerhouse is only going to increase Liverpool’s economic outlook, connecting it better with the rest of the UK and its northern sister cities.

Liverpool is a base for numerous major companies too – Jaguar Land Rover, Maersk and Barclays Wealth are all investing in the city. Bibby Line Group – the UK’s oldest family business – also has its headquarters in Liverpool.

The city has also proved a really attractive getaway destination. Thanks to its cultural heritage, tourism is a big part of Liverpool’s economy, bringing over £1bn to the local economy and making Liverpool the fifth most visited city in the UK.

‘Ticket to Ride’ was a big hit for Liverpool’s most famous sons, and while Liverpool might not have been a hub for transport in the 1960s, it certainly is now.

Liverpool’s mainline station is the bustling Lime Street Station, with trains arriving from London, Manchester, Scotland and the rest of the UK. The Liverpool city region is upgrading its rail capacity too, with a £340 million upgrade to the current train network scheduled.

There are also two main bus terminals in the city, making it easier than ever for residents to commute into the city centre.

One of the UK’s busiest airports is Liverpool John Lennon Airport; serving over 5 million passengers each year and connecting Liverpool with the rest of the world, delivering flights to over 53 nations. There are two main city centre bus terminals and travel centers: Liverpool ONE Paradise Street Bus Station and Queen Square Bus Station. 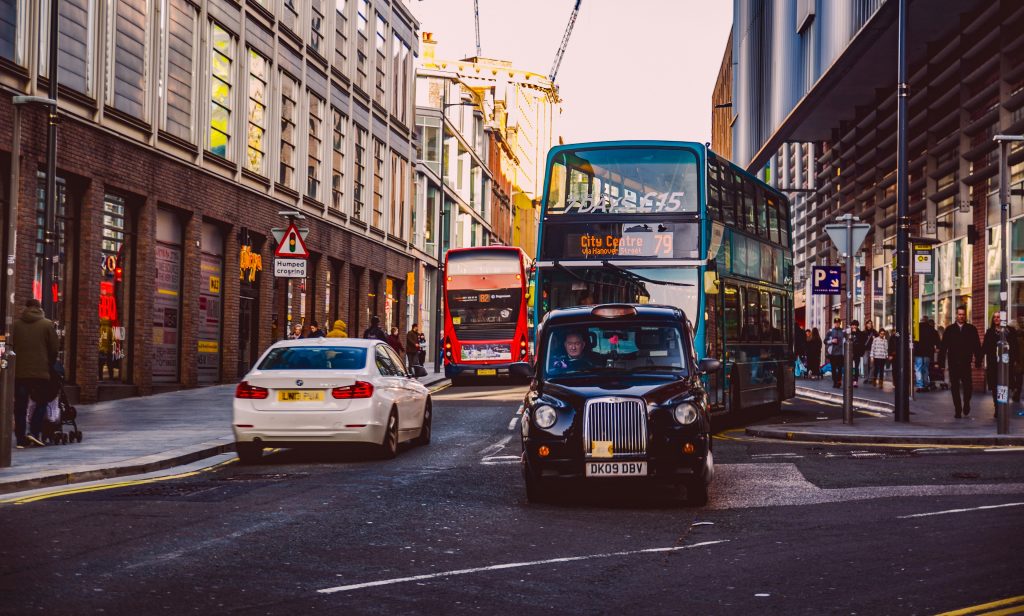 Since 1998, the fastest growing city economy outside London has been Liverpool – more than Manchester, more than Birmingham – doubling the size of its economy in that time. Though the financial crash and austerity hit Liverpool hard, it’s bounced back remarkably over the last several years.

Liverpool has been making strides in making sure its economy is ready for the future – the Baltic Triangle is home to Liverpool’s new Tech City which aims to rival London in innovation and investment, already the city has been attracting companies from the creative industries to set up base in the city, from games developers to advertising agencies.

One development that is set to do great things for Liverpool’s growth is the £5.5bn Liverpool Waters development – masterminded by the Peel Group, who are responsible for the Trafford Centre and Salford Quays’ MediaCityUK, and are widely respected. The development is 2 million square metres of residential, business and leisure space at Liverpool’s historic docklands.

So the economic forecast for Liverpool is looking incredibly promising – thanks to smart investment, a huge number of development schemes and a bold reimagining of the city’s role in the global economy.

The number of development schemes in Liverpool that have the sole aim of improving local areas and their economies is staggering and can only be good news for property investors. Looking at the growth and development, you can see why Liverpool’s proving to be a popular choice for investors.

Liverpool is home to four universities – Liverpool Hope University, Liverpool John Moores University, the University of Liverpool and Edge Hill University. This means a student population of around 70,000 is having a catalytic effect on the city’s economy – be it the number of cafe openings, an increase in property prices or the booming nightlife scene generating vast revenue for businesses. Similarly, the Liverpool Institute for Performing Arts (founded by local lad Sir Paul McCartney) is a world-leader in creative arts education.

As Liverpool has regenerated, its universities have become increasingly appealing to prospective students – Edge Hill University, for example, has increased in size eightfold since 1993, rising from 2,000 students to 15,000.

That’s just a few of the reasons why we’re excited about investing in Liverpool and why we think you should be too.

From an investor and a tenant perspective, Liverpool has a huge amount to offer – this means that demand is high, so the city should be at the top of any sensible investor’s list of locations.

House prices are growing at a faster rate than the national average and all the signs are there that we could see in Manchester a few years ago; lots of new investment and business flooding into the city.

So what’s next? You can continue your learning journey by soaking up all the property education here for free! And if you’re interested in a free chat with one of our team about how you can invest in Liverpool, then just click here.

The city and its people The key city of the West Riding of Yorkshire, Leeds is one of Britain’s largest and most centrally located cities – not to mention one of the UK’s most exciting rental markets when it comes…