The population of the city is 330,000, with access to a vast pool of workforce talent from the nearby areas; such as the metropolitan area of Nottingham Derby, with a population of 1.5 million alone, or the city of Leicester which is situated just half an hour away. Nottingham is also one of the youngest cities in the UK too, with over 50% of the population under 30.

An excellent transport infrastructure as well as a vast influx of students to the city’s two universities have transformed and regenerated the city – especially over the last decade – which is just one of the reasons why this is one of our property investment hotspots for 2019.

The city’s nightlife, retail and leisure opportunities have also never been better. Home to two football clubs, Nottingham Forest and Notts County, Nottingham is the UK’s first City of Football. The city’s rich historical heritage also bolsters tourism in Nottingham, this is the city of Robin Hood, Sherwood Forest and Nottingham Castle after all. There’s no wonder that 35 million visitors are attracted to the city each year.

The city’s beating heart is the tastefully redeveloped Old Market Square, around which you can find the popular shopping attraction of Exchange Arcade. Close to this is the city’s Cultural Quarter – capitalising on the success of the bohemian Hockley district, situated close to the Lace Market.

The city’s landscape is one where legendary history sits side by side with sleek urban cool, and Nottingham has become a hotspot for creatives. There’s a high number of art galleries and studios drawing talent from across the Midlands, and its digital sector is beginning to thrive – especially around the Hockley area.

The cities’ nightlife is also a major reason why this is such a young city; young people want to stay here, and undoubtedly Nottingham is the hipster capital of the midlands.

There’s plenty of beauty and history in the city as we know; take in the beautiful Deer Park, or the stunning Wollatan Hall and adjacent Natural History Collection. The city’s industrial heritage is also celebrated by the Nottingham Industrial Museum, which is presently undergoing a £29.8m Heritage Lottery-funded redevelopment. 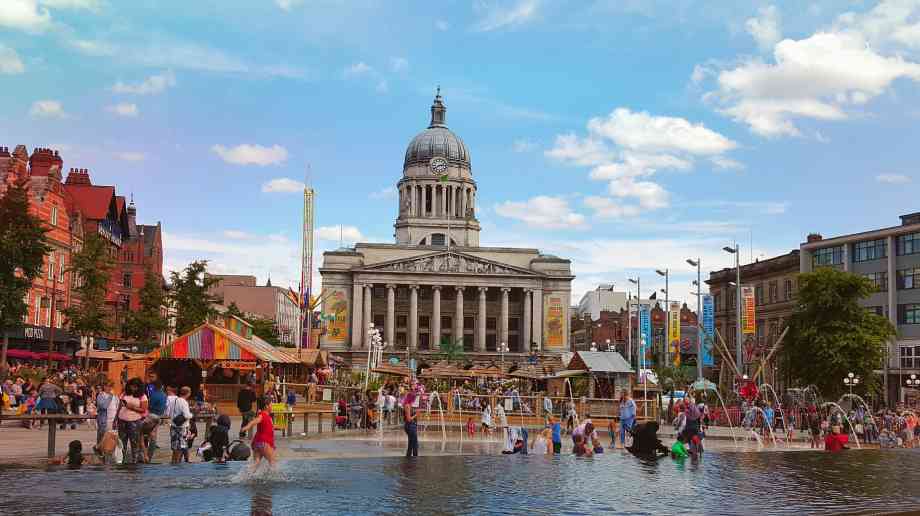 Nottingham is a city on the way up and this is reflected in the scale of investment taking place in the city. Eastside City is perhaps the most exciting project. After a few false starts, it now looks as though the long derelict Eastside area of the city will finally be getting its long awaited regeneration – it’s been earmarked as an ideal site for offices, leisure facilities, residential complexes and student housing accommodation. So watch this space!

The Intu Victoria Centre has undergone a £40m regeneration too, and further development and expansion of this centre has been granted. There’s also the £250m Southern Gateway, the £150m re-development of the Broadmarsh shopping centre and the highly anticipated Boots Island site development that is set to include a luxury hotel retail space, homes and offices.

All key indications of a thriving city – and one which should be on your radar.

Nottingham’s proximity to the rest of the UK – by virtue of being in the Midlands – gives it real advantages over other UK cities in terms of transport and connectivity.

Take a look at the tram system – modern and well invested in which, as we have seen in other cities, is great for boosting nearby areas on the route. If you look at the areas with a tram stop, these are likely to be the areas that benefit from house price rises quicker than the rest. And with £570m of investment ahead, the tram route is only going to become more vital to Nottingham’s future.

With nearly 90% of the UK accessible within a four hour drive, Nottingham is a strategically important location for many major companies. Travelling between Nottingham and the capital has never been easier, with over 70 trains per day taking just over an hour and a half each.

East Midlands Airport is a half hour drive from the city centre, and offers daily flights to Europe and beyond – it’s also the UK’s busiest pure cargo airport and a vital hub for DHL and UPS.

Over the next 5 years there’s a whopping £1b of investment planned, which includes two more tram lines, a redeveloped railway station and a new transport hub. 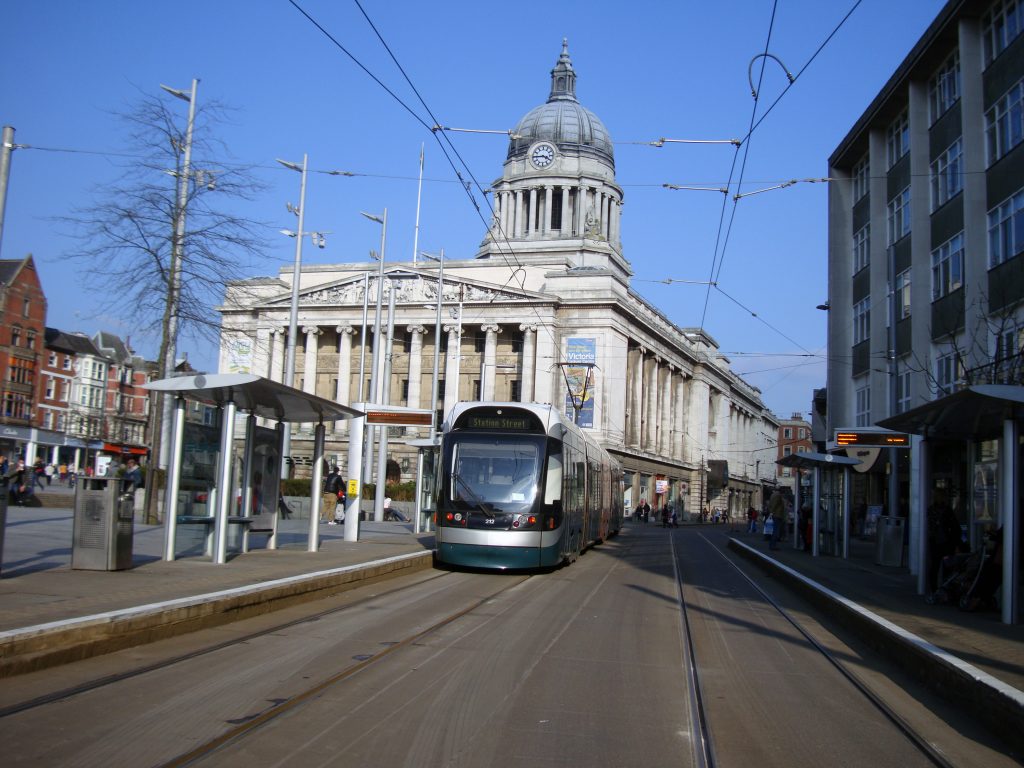 Like many Midlands cities, Nottingham had a difficult decline across the 20th century but is now impressively and consistently back on the front foot – showing all the signs of future growth that should be appealing to any investor. Increasingly, the city’s large catchment area of working age people (at 1.1 million living in or around the city) is leading to a business birth rate that’s higher than the national average with no signs of slowing.

A recent Northern Powerhouse report shows that the city’s economy is expected to grow by 14.8% – optimistic news for buy-to-let landlords. Also, average rental yields in Nottingham are the second highest in the country, at 5.6%. This, along with house price growth across the next decade expected to be at 0.8% per month, could mean that average property prices increase by 160% in the period between 2017 and 2027. Now that’s some capital growth for you!

Education has been transformative to Nottingham’s recent successes. The two universities in the city are the Russell Group listed University of Nottingham – established in the 19th century – and Nottingham Trent University. Together, they bring in a combined 70,000 students (and rising!) to the city, who make up some £542m of the city’s economy per year. As well as this, the city’s higher education sector is a huge employer in the city – Nottingham Trent University alone employers over 5,000 staff.

All of this means positive things for potential buy to let landlords. Look at the Lenton and Dunkirk areas of the city; these are popular with students and are within a fifteen minute radius of the University of Nottingham.

As you can guess, reasonably cheap rents in the city centre = an attractive place for students to call home.

So there you have it….

That’s just a few of the reasons why we’re excited about investing in Nottingham and why we think you should be too.

This strategically important location is becoming more and more attractive to businesses and tenants – but don’t just listen to us, look at the amount of capital coming into the city! The growth projections alone should be enough for any buy-to-let investor to get excited about.

So what’s next? You can continue your learning journey by soaking up all the property education here for free! And if you’re interested in a free chat with one of our team about how you can invest in Nottingham then just click here.