The city and Its people

As the premier city of South Yorkshire, Sheffield is a prime contender for the Manchester ripple effect. If you’re looking to grow your portfolio, you should seriously look to invest in Sheffield.

Right now, it’s fair to say that Sheffield is behind most other cities in the property cycle, but that’s not necessarily a bad thing for investors.

Here’s why you should invest in Sheffield:

It means that prices are low, shockingly low – especially for city centre property. And while the centre itself has already undergone dramatic improvements, there’s much more to come. And by “more”, we mean growth!

Is 2019 too early for significant price movement in the city? We’d say so. You’re unlikely to see big gains this year, but Sheffield does offer the opportunity to buy in at a great price – locking in strong yields and allowing you to benefit from the growth that we believe lies ahead.

We can attribute the resilience of the private rental market in Sheffield to a limited number of high-quality housing developments available in central locations, particularly when compared to other cities. But we don’t think it’ll be long before developers step in and we see much more (much needed) stock coming to market.

The fourth largest city in Britain, Sheffield is a unique hybrid of industry and nature – just one of the reasons why the city is so loved by its residents. A powerhouse of the Industrial Revolution, but also the greenest city in Europe with some two million trees.

Sheffield was the birthplace of crucible and of stainless steel, and was very much built by the Industrial Revolution. Like many other British cities, Sheffield is now looking towards the future and seeking out a new role by undergoing extensive regeneration in the city.

Manufacturing is still crucial to Sheffield’s role, it’s home to many of the world’s most innovative engineering organisations such as Boeing, Tata and Rolls-Royce. Similarly, both universities remain strong on engineering and the city’s Advanced Manufacturing Park is home to the AMRC and NAMRC.

There’s also culture – from the highly regarded Millennium Gallery to Graves Gallery, art is well represented in the city, but music remains the city’s lifeblood with small venues like the Leadmill being just as important as the city’s historic large venues like the City Hall.

Sport too is hugely important for the city, and Sheffield is home of the world’s oldest football club, the non-league Sheffield FC. Similarly, for over four decades the World Snooker Championship has been hosted at the city’s illustrious Crucible Theatre. 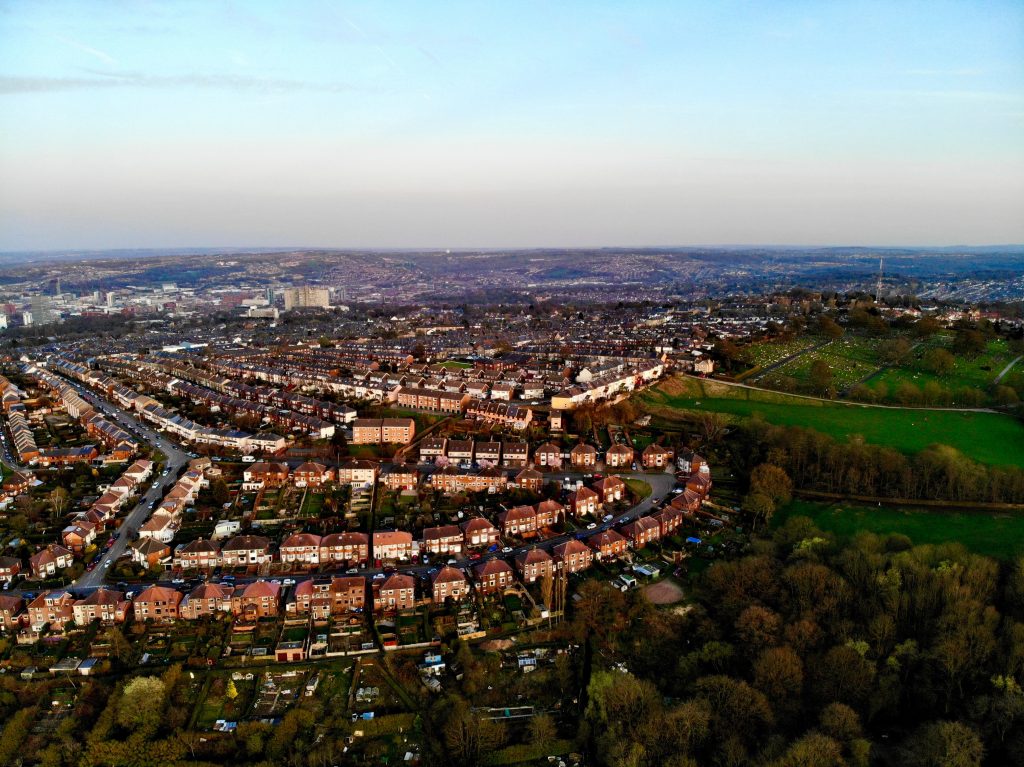 Though Sheffield – like many cities in the North – has faced its share of hurdles over the last half century, the Sheffield City Region is on the up and remains one of the core cities that drive the national economy.

In the respected Grant Thornton ‘Vibrant Cities’ index, Sheffield is the fastest climbing city – and ranks in the top 20% of areas nationally for dynamism and opportunity. Since 2011, average salaries have grown by 13%, and this has been during economic times that would traditionally be highly challenging for a city such as Sheffield.

Sheffield’s economy can also be quite misunderstood – the economically prosperous south and west of the city is rarely mentioned and flies under the radar, but areas such as the Sheffield Hallam constituency are increasingly thriving and attracting a high number of professionals – and also attracts a greater number of graduates than Oxford or Cambridge.

The Meadhowhall Shopping Centre is also a key part of Sheffield’s economy, bringing jobs to the city and attracting much outside traffic – bringing some 400,000 visitors per week.

So what’s next? With the increasing number of job prospects, and its renowned higher education sector, the population of Sheffield is predicted to grow almost 15% by 2035 – this means great opportunities for buy-to-let landlords.

Sheffield is located at the very centre of the country – so it’s ideal for businesses and investors. Train journeys to Leeds, Manchester or Birmingham are approximately an hour, whilst it’s two hours to reach Newcastle or London. Undoubtedly, HS2 is going to be a real gift to the city’s transport and economy, meaning that rail journeys to the capital will be cut to as little as 85 minutes.

Sheffield also has excellent motor links with the rest of the country – with easy access to the M1, and the North West being just a short journey across the Peak District. Though traditionally lagging behind other cities in terms of air access, Doncaster Sheffield Airport is now the fastest growing airport in the UK. 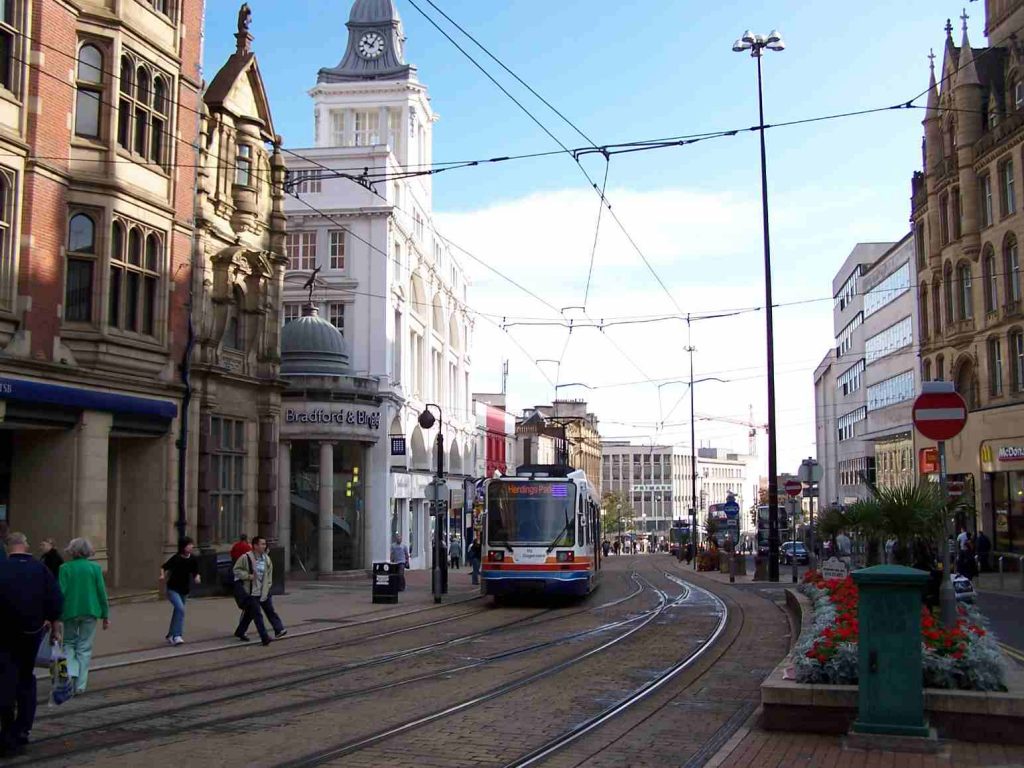 Investment is key to Sheffield’s direction over the next few decades – and smart, strategic planning is well underway to get the city to where it wants to be.

The Sheffield City Region Strategic Economic Plan aims to increase the city’s economic output by at least £3bn by 2025, and this target looks set to be less than the actual growth the city is enjoying. 35,000 jobs have already been created between 2014 and 2017 alone, with huge multinational companies like HSBC, Foregmasters, Boeing and McLaren making significant investments in the city.

A range of projects are also underway that’ll provide long term rewards for the city region – including the £120m Glassworks development in Barnsley, the Century Business Park in Rotherham, the £22m Parkwood Ski Village in Sheffield and the continued growth of Doncaster Sheffield Airport we mentioned earlier.

Sheffield is still a city in need of more housing – with an increasing population, and more than a quarter of all University of Sheffield graduates staying in the city after their studies, competition for rental homes near the city centre is growing each year.

This has already pushed up house prices almost 25% in the last five years (Zoopla) – with a 15% population growth expected by 2035, we see no reason for this trend to change. This means that city centre apartments, as well as properties in popular areas such as Kelham Island and Sheffield Hallam, can be viewed as very attractive investments indeed.

As an investor, it’s Sheffield’s student population that provides perhaps the most exciting opportunity in the city region. Sheffield has two highly respected universities – the Russell Group listed University of Sheffield, and Sheffield Hallam University. The two bring in over 63,000 students per year. There’s been a significant uplift in the number of international students too – increasing by 30% over the last five years and bringing a whopping £120m to the local economy.

Student housing applications in Sheffield have consistently been well over demand, thanks to PBSA stock that’s straining under the weight of the demand. This demand is only going to increase as Sheffield’s education reputation continues to grow, and once HS2 arrives to increase connectivity with the rest of the UK. 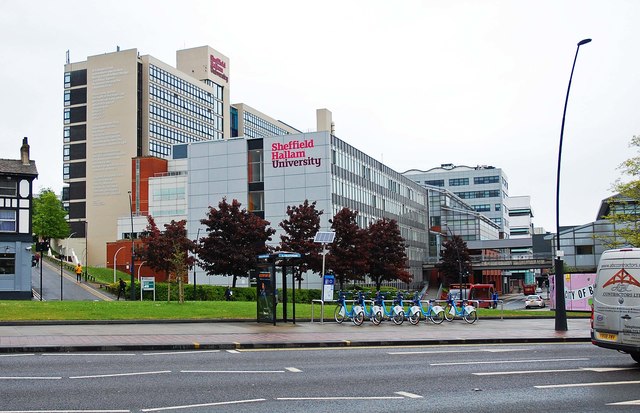 That’s just a few of the reasons why we’re excited about investing in Sheffield and why we think you should be too.

There’s plenty of investment on the way, and Sheffield’s status as a super popular student destination is only going to continue upwards and onwards. With city centre prices so incredibly low, to us it looks and feels like exactly the right time to invest in Sheffield. HS2 will benefit the city, and though Sheffield has been through difficult times, there’s a real focus on regeneration and making the most of the city’s unique hybrid of industry and nature.

So what’s next? You can continue your learning journey by soaking up all the property education here for free! And if you’re interested in a free chat with one of our team about how you can invest in Sheffield then just click here.

The city and its people The key city of the West Riding of Yorkshire, Leeds is one of Britain’s largest and most centrally located cities – not to mention one of the UK’s most exciting rental markets when it comes…