Is there a more impressive success story for British cities over the last few decades than Manchester? Particularly when it comes to choosing to invest in Manchester?

After facing industrial decline and inner-city decay in the 1970s and 80s, Manchester reimagined itself as a modern, culturally vibrant, outward facing city and is now widely thought of as England’s second city. And with good reason too.

So why should you invest in Manchester?

Greater Manchester’s population stands at 2.5 million, a figure that shows no signs of slowing down. Between 2002 and 2015 – years of major growth for the city – the population increased by a whopping 149%, outstripping the growth of any UK city, including the capital.

And though the city centre is key to Manchester’s success, there’s huge areas of growth all around the region – be it the redeveloped textile mills of Ancoats, the chic and bohemian zone of Chorlton or the on-the-rise commuter town of Bolton. Stockport is also another commuter town to note, and we expect big things to be happening here due to the Metrolink expansion. 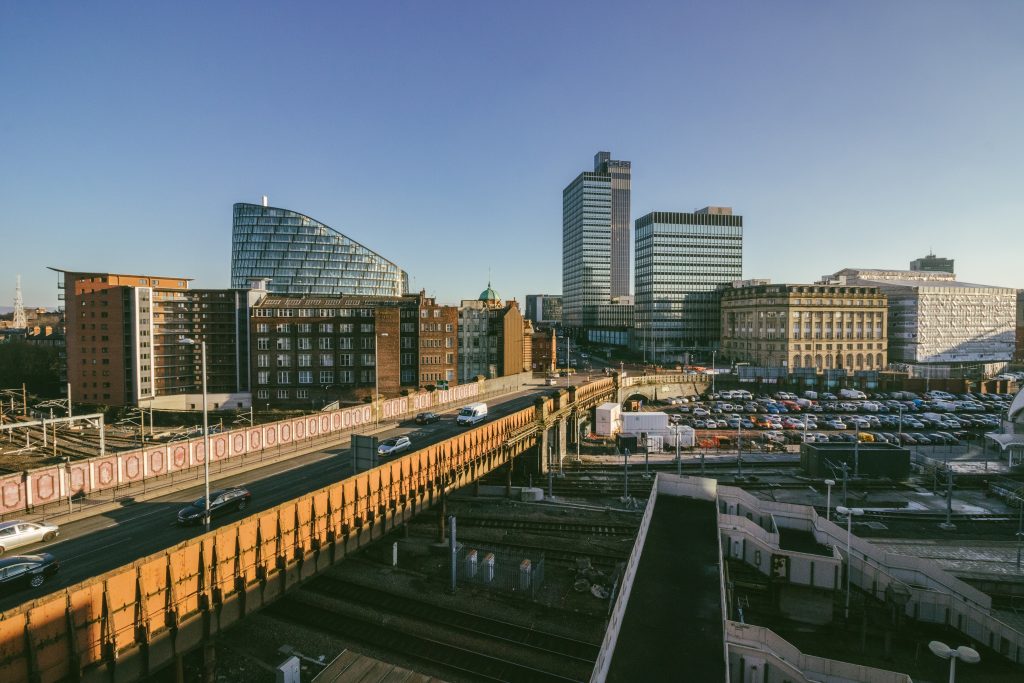 When the IRA bomb struck Manchester City Centre in 1996, the centre was left in ruins. But in true Manchester spirit, this became an opportunity to transform the city centre into the modern, vibrant place it is today. Similarly, the unpopular Hulme Crescent estate was demolished, allowing inner city areas like Hulme to transform into the more attractive and highly sought-after area that it is today.

Average property prices in Manchester – at £169,300 – are currently around 30% cheaper than in London, meaning quality of life can become the focus – high performing schools, great shopping, theatres, art galleries and easy access to the Lake District are just some of the reasons that people are choosing Manchester. The city centre is highly desired by young professionals, meaning that this low-supply, high-demand area is an ideal investment opportunity.

Where next? Ancoats, just north of the Northern Quarter, has been a highly successful redevelopment, and eyes are turning now to the Green Quarter and New Islington.

Investment in the city

From both public and private funds, Manchester is experiencing an influx of investment – creating amazing opportunities for the millions already in the city, and the thousands who will move here following these developments. Here’s an overview of just some of the projects that we’re particularly excited about:

£235m – Sir Henry Royce Institute for Advanced Materials Research
Based in Manchester with centres in Liverpool, Sheffield and Leeds.

£6bn – Manchester-Sheffield Link Road
This is an ambitious plan to create Europe’s longest road tunnel through the Peak District, connecting Manchester and Sheffield better than the pre-existing A57, and slashing the 90 minute journey time between these two great cities.

£3bn – Manchester Place
This is a development of over 10,000 homes on 150 acres of land between Victoria Station and Collyhurst – this will include Manchester university campuses.

£110m – The Factory, Manchester
A new theatre and exhibition space built on the former site of Granada Studios – expected to bring in 2,500 jobs and contribute £140m to the local economy.

£1bn – MediaCityUK Expansion
The northern home of the BBC is set to double in size within a decade, and create hundreds of new jobs. A new development will include more TV studio and production space, as well as over 1,400 new homes. 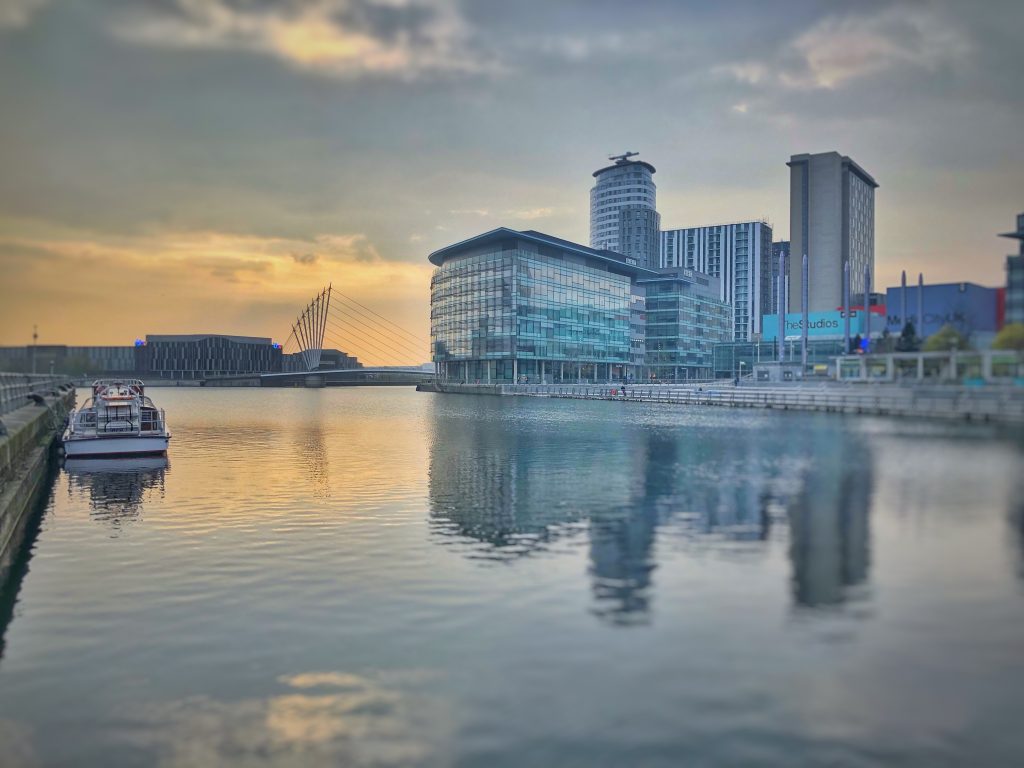 Transport in the city

Central to Manchester’s present and future success is its position as a transport hub in the UK.

Manchester is exceptionally well connected by rail – Manchester Piccadilly is the busiest station in the city, but there’s also Manchester Victoria, Manchester Deansgate, Manchester Oxford Road and two rail stations in Salford. And that’s just the central zone of the city!

The Metrolink network is one of the most successful light railways in the UK and has done much to boost connectivity in the city – no wonder cities such as Leeds are lobbying hard for similar systems. There’s no need to worry about a timetable either, as services are regular and the tram can take you to nearly all of Manchester’s most popular locations.

In the south of the city, Manchester’s airport is a huge employer and a much-loved asset for the city, regularly increasing the scope of its destinations and making sure Manchester is connected to the rest of the world as a global city.

It’s also served by hundreds of bus routes, making sure that wherever you invest in Manchester, your tenants are connected to the city at large – Manchester has also been increasing its night bus coverage, especially in busy student areas which is a major perk. 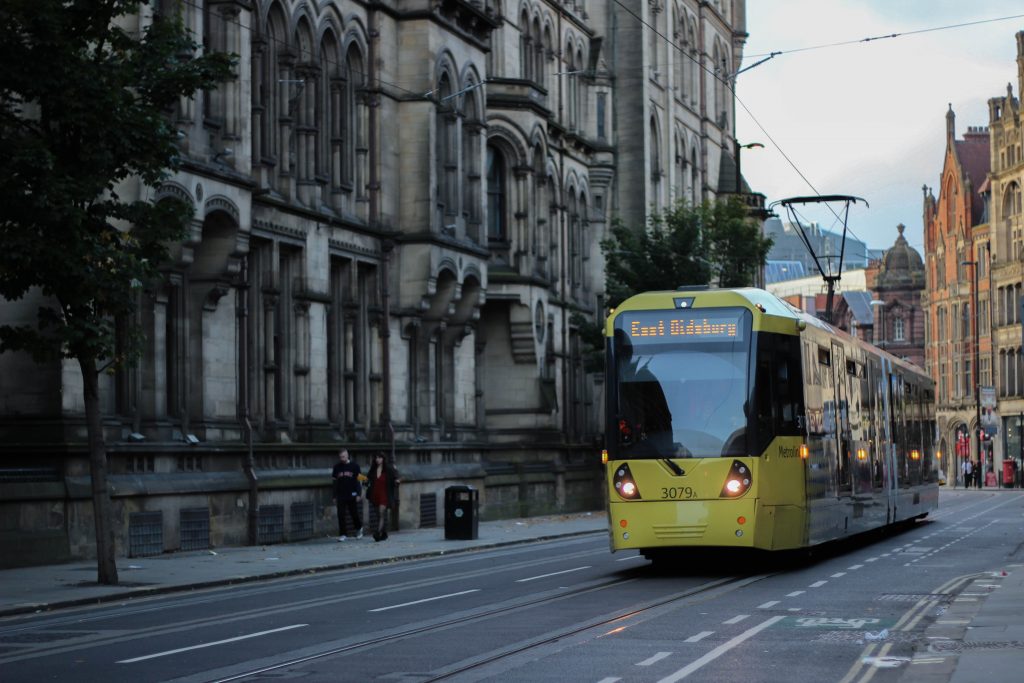 Since the Industrial Revolution, Manchester has played a vital part in shaping the UK’s economy – and today, its economy is larger than that of Wales or Northern Ireland.

Manchester is a byword for a strong and competitive place to do business.

The ten metropolitan boroughs of Greater Manchester – Bolton, Bury, Manchester, Oldham, Rochdale, Salford, Stockport, Tameside, Trafford, and Wigan – represent the largest city region economy outside London. It’s one of the major city-regions driving job growth – a staggering 84% between 2002-2015, which is twice the rate of job growth in the North as a whole.

Greater Manchester is home to the largest student population in Europe – that’s 100,000 students, 16,000 of those (and rising) are international students. That’s a huge selling point for any investor, generating a long-term opportunity for buy-to-let investment in a highly in-demand city.

With lower costs than in the capital, Manchester is increasingly attractive as an alternative to London for many students and graduates. The city’s culture, nightlife and spirit remain huge draws for students and many graduates stay in the city following their studies.

That’s just a few of the reasons why we’re excited about investing in Manchester, and why we think you should be too.

Manchester is a global city and a European hub for students that’s doing everything right to continue growing and growing.

Big things are on the horizon as Manchester sets to benefit greatly from the Northern Powerhouse plan and the HS2, and the increase in property prices in the city centre is tipped to ripple out across the rest of Greater Manchester.

So what’s next? You can continue your learning journey by soaking up all the property education here for free! And if you’re interested in a free chat with one of our team about how you can invest in Manchester, click here.

Property jobs: Why you should work in property

Property is a hot topic, so naturally we’re always inundated with CVs from those who are on the lookout for property jobs. We’re not lying when we say we have hundreds, if not thousands of applications from candidates, all itching…

Property prices don’t just rise by themselves. A number of factors cause property prices to increase, and it’s important to understand what these factors are and how you can use this knowledge to your advantage. Understanding and analysing property makes…