The key city of the West Riding of Yorkshire, Leeds is one of Britain’s largest and most centrally located cities – not to mention one of the UK’s most exciting rental markets when it comes to investing in Leeds, serving a city region of 3 million people, and a city of over 800,000 people.

So why should you invest in Leeds?

With the largest concentration of Higher Education institutions of any city outside the capital, Leeds has thriving student population that’s just one factor in the city’s 40% growth over the last decade. More than this, Leeds now boasts the highest proportion of public to private sector jobs in the North.

However, house prices haven’t picked up as much as other comparable cities.

A construction boom in 2006 and 2007 saw thousands of new apartments being launched against an unfriendly economic backdrop of the 2008 financial crash. This meant that the anticipated demand simply wasn’t there. This led to the myth that there’s an over-supply of accommodation in the city. But Leeds’ population growth (seven times faster than that of London!) means that this is no longer the case, and that oversupply has become an under-supply – something that savvy investors and developers are using to their advantage already.

And that population growth really is worth taking note of; Leeds is home to the UK’s 7th fastest growing resident population, many of whom are looking specifically to rent. Just look at the city centre, where 73.3% of households are renting, compared to 19.9% average for the city.

More than most, Leeds is ready for the economy of the future – this year, Leeds was cited as the 6th most prominent destination for digital and tech jobs. Add this to the HS2 development, the £350m South Bank regeneration and Channel 4’s imminent relocation to Leeds, this is a city we view as continuing to provide great investment potential. 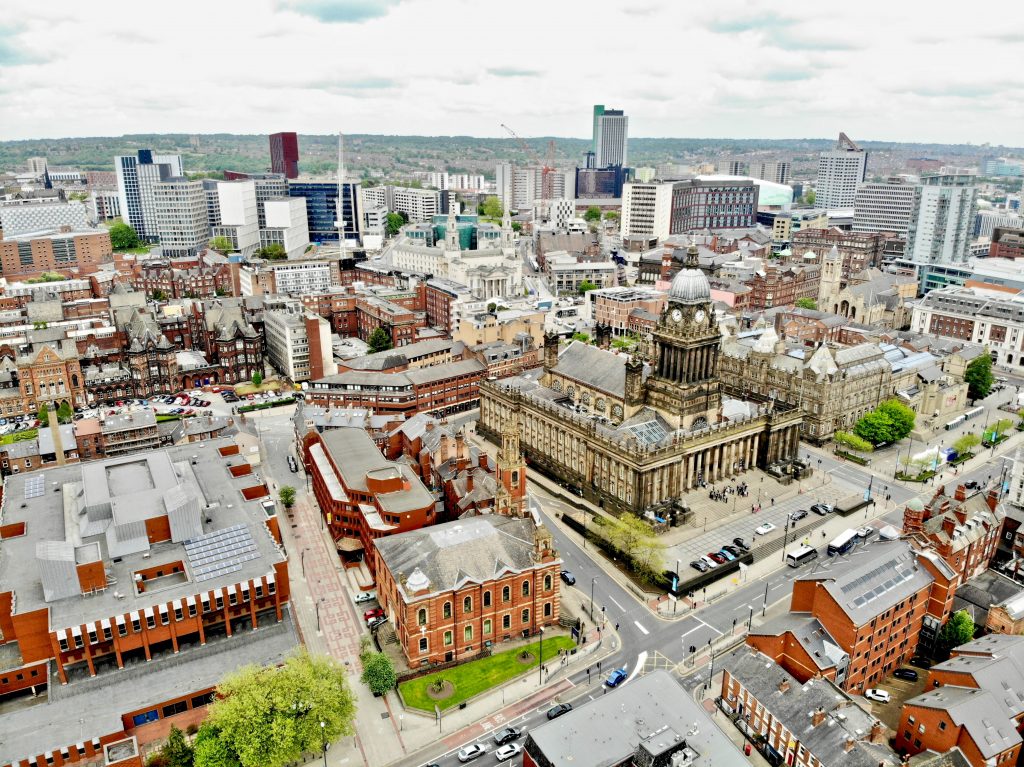 We reckon any sensible investor should keep their eyes on Yorkshire in general, and Leeds in particular, over the next decade. Yorkshire is back on the front foot and finding a new identity for the modern economy, with Leeds as its premier city.

A thriving city surrounded by the gorgeous scenery of the Yorkshire, it’s easy to see why those looking for a greater quality of life view Leeds as a real draw. The city itself is a major retail attraction thanks to the proliferation of indoor shopping centres in the city – including the St John’s Centre, the Merrion Centre, the Core, the Victoria Quarter, Trinity Leeds and the Corn Exchange.

Housing over 1,000 shopping destinations, Leeds’ retail boom brings over 20,000 jobs to the city. And many of the city’s arcades are part of Leeds’ impressive Victorian heritage – an architectural legacy that attracts many visitors.

Culture is a key factor in Leeds’ development too, with a student population keeping Leeds’ numerous live music venues busy, and an artistic legacy to match any UK city. Leeds’ most celebrated artists, Henry Moore and Barbara Hepworth, are celebrated by Yorkshire Sculpture Park, and the newly refurbished Leeds Art Gallery is a hugely popular destination.

Leeds has undergone significant redevelopment over recent years, and there’s plenty of exciting investment on the way.

In 2013, the £350m Trinity Leeds opened – the largest shopping centre development in Western Europe, welcoming over 22m visitors in the first year. Similarly, the £60m First Direct Arena has proved a major draw for top-class global talent to perform in the city.

So what’s next for the future? The major development on the horizon is the highly anticipated South Bank project – aiming to double the size of Leeds’ city centre and mark the biggest change in Leeds’ landscape in a century. The project is set to create 35,000 new jobs and, from a site that once was Leeds’ industrial base, create a new technological centre for investment and leisure. 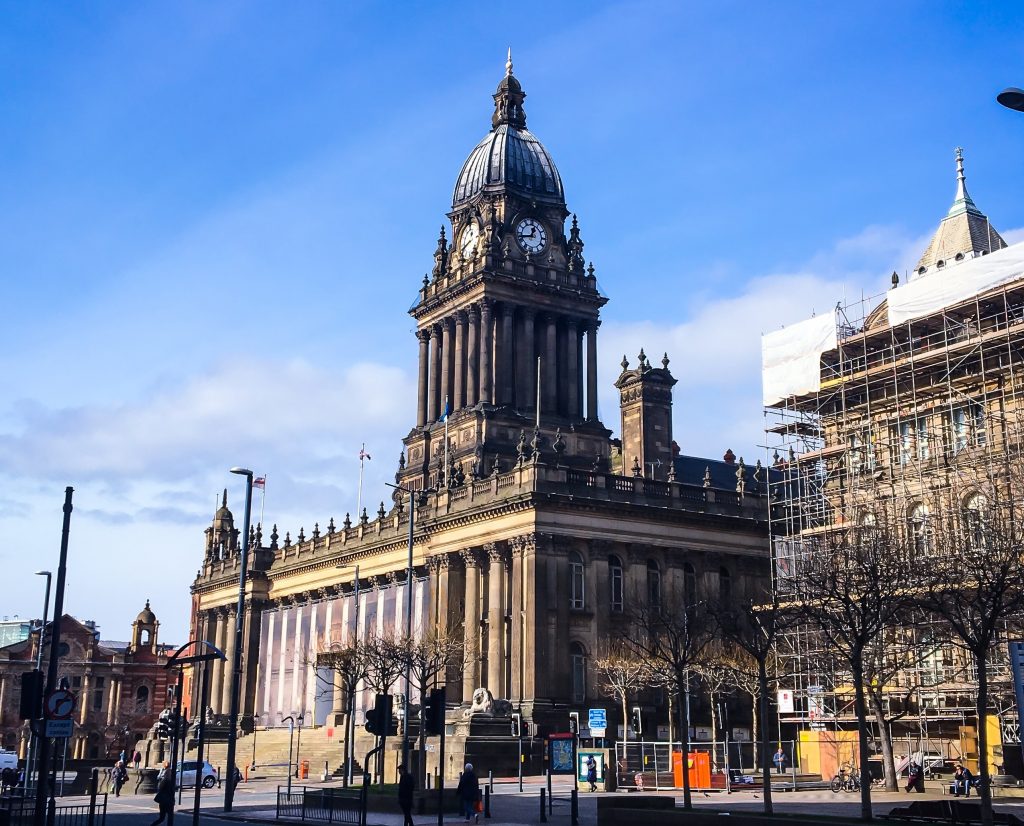 Leeds’ central position makes it ideally placed for many businesses and investors, and its rail links connect it with the crucial points of the UK – not to mention Leeds being a hub of rail connectivity to the wider North and North West. Freight distribution from Leeds to the rest of the UK and to Europe is an important aspect of Leeds’ transport economy. As well as this, major roadways including the A1, M1 and M62 are easy to access from the city centre.

The Northern Powerhouse is a major opportunity for Leeds, and one that the city is keen to seize wholeheartedly. HS2 – bringing a reduced journey time of 82 minutes between Leeds and London – is set to unlock huge economic potential, with forecasts suggesting a boost to the Leeds city economy by £7.8 billion per year. Not to mention the benefits for the existing population of Leeds, and the benefits of increasing their connectivity.

Leeds-Bradford airport is also growing; constructing a new £12m arrivals hall being just one of the projects that go some way to explaining why the Department for Transport, in a 2018 report, named Leeds Bradford Airport as poised to be the nation’s fastest growing airport and hit passenger numbers of seven million per year by 2030.

Leeds’ city economy is worth £21.3bn, whilst the wider region is worth £66.5bn annually – operating at a seriously impressive growth rate of over 40% across the last decade.

So where’s Leeds’ growth coming from? First, Leeds has been careful to make the city as friendly as possible to business via a range of incentives, which is why over 119,000 businesses operate in the economy.

Retail, as mentioned, is a major employer in the city, and so far Leeds is seriously bucking the trend for declining high streets and showing how a modern city can thrive as a retail attraction.

Finance too is increasingly a central flank of Leeds’ economy – with over 14,000 people employed in banking in the city, and 46,000 across professional services as a whole. Estimates suggest growth of 50% in Leeds’ financial services by 2022, owing to an international focus and access to a skilled workforce. Over 30 national and international banks are based in Leeds.

As well as financial services, Leeds is also a site for increasing innovation in health – four out of five NHS national offices are based here, including NHS England, the single largest health commissioner in the world.

Leeds is a renowned hotspot for its education institutions, with four world-class universities – the University of Leeds, Leeds Beckett University, Leeds Trinity University and Leeds Arts University. As well as this, there’s a range of other educational institutions, from Leeds College of Music to Leeds College of Building. Between these, more than 65,000 students (13,000 of these being international students) are based in the city – and Leeds is great at retaining its student population too, meaning that over 35% of working people in the city are educated to degree level.

Access to a skilled workforce is only going to continue driving investment to the city. This means that Leeds is an impressive opportunity for Buy-to-Let landlords – areas like Headingley, just north of the city centre, have endured as student favourites and show no signs of slowing. 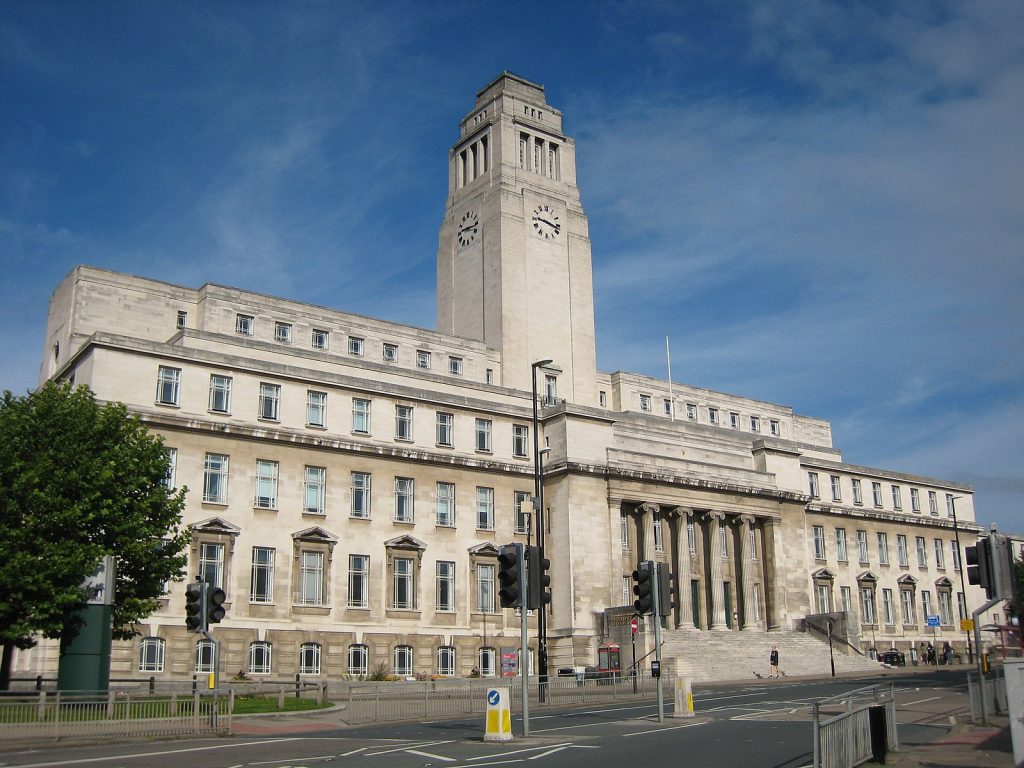 So there you have it….

That’s just a few of the reasons why we’re excited about investing in Leeds and why we think you should be too.

Leeds’ population growth is seriously impressive, and after a period of stigma people will soon be waking up to the fact that there’s a serious under-supply of housing in the city.

The Northern Powerhouse can only be good news for Leeds, and already Leeds is seizing the initiative and punching above its weight. Keep an eye on the South Bank redevelopment – could your investment choices benefit from that?

So what’s next? You can continue your learning journey by soaking up all the property education here for free! And if you’re interested in a free chat with one of our team about how you can invest in Leeds then just click here.

Rob & Rob talk you through the areas they're personally targeting for their own investments and developments in 2019. Find out where has made their list!

Find out more
Back to all free education